How did they “drop the ball” with a good business idea? 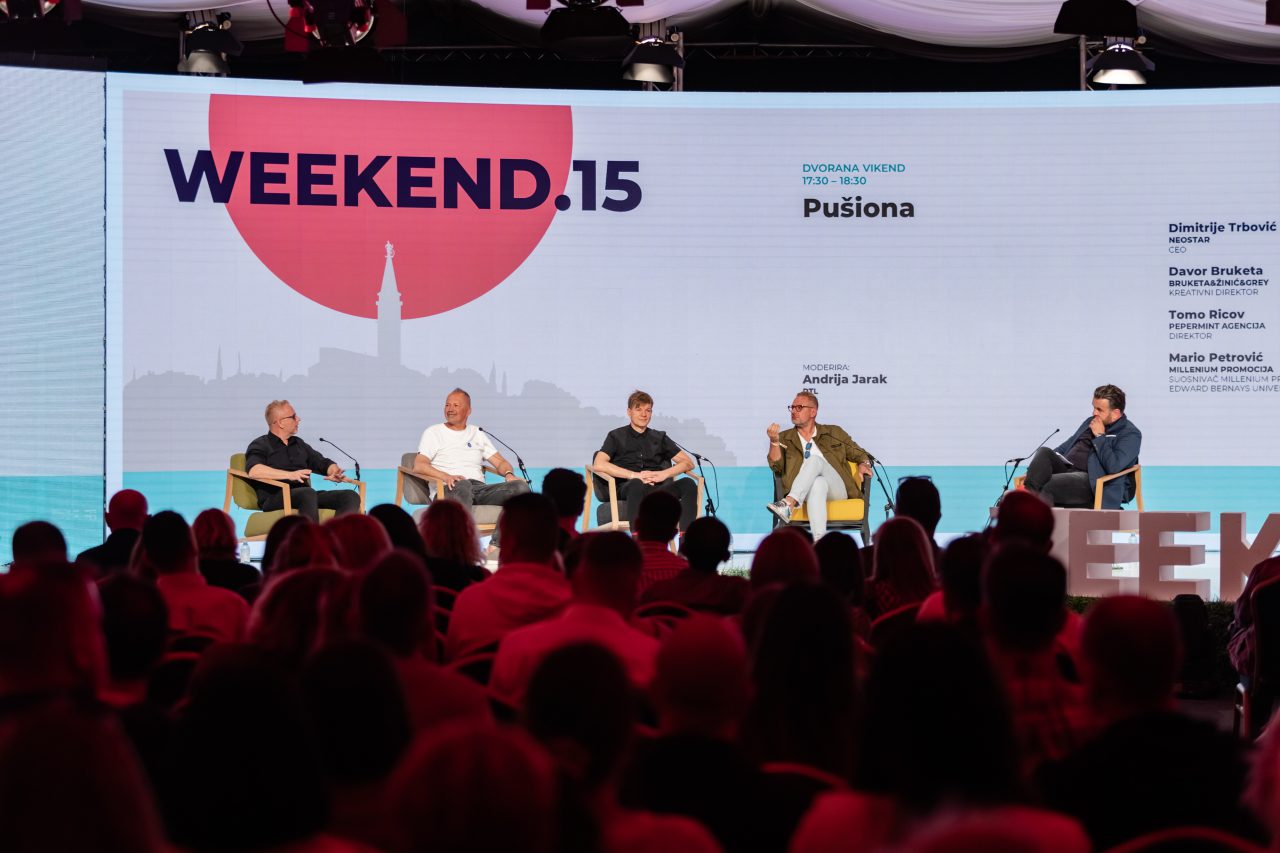 Co-founder of Millenium promocije and owner of Edward Bernays University College Mario Petrović, owner of the Pepermint agency and one of the organizers of the Weekend Tomo Ricov, creative director at the Bruketa&Žinić&Grey agency Davor Bruketa, and CEO of Neostar Dimitrije Trbović have numerous projects behind them, awards and success stories. However, apart from success, they have one more thing in common – all of them have “dropped the ball” at least once.

Although they are undoubtedly successful today, they often faced disappointment in their careers and learned from their own mistakes on how to admit failure to themselves and others and boldly move on to new endeavours. Here, panelists revealed to Andrija Jarak their greatest failures and what it looks like for them when, despite all their skills and effort, they fail to achieve what they envisioned.

“We have to talk about defeat and the perception of defeat. Concealment and shame are not healthy. In that way, something is not right,” said Mario Petrović, recalling his first business failures. “What doesn’t kill you makes you stronger – if that wasn’t true, we wouldn’t be sitting here. Admittedly, with some failed projects, we didn’t realize in time that it was over. We tried some other things that didn’t work either, but we’re still here and that’s what’s important,” he explained. The rest of the panelists also agreed that failure is something quite common, and in that tone, Tomo Ricov made the audience laugh with an anecdote and accompanying photos of his debacle with a club in Zrće; but also with a line about how the failed Gradska Kavana project, directed by Dimitrij Trbović, ended in his success. “I realized at the very end that I had dropped the ball. I took a bullet. I was dead, and I still didn’t realize that it was over,” admitted Trbović honestly.

And the ingenious idea of Davor Bruketa, who designed T-shirts with patterns and prints on the inside under the Brokula&Ž brand, confirms that even creative people are not immune to failure. You guessed it, the idea was not a hit with the public. “Failure is apparently a shame and we are such a society that when you are down, many people will kick you. We are such a culture that tries to make things look and sound better than they really are. People go for the sure thing and there is not much room for experimentation. But experimentation is essential for development and progress,” said Davor Bruketa. Tomo Ricov has a similar point of view: “We often enter into projects that don’t offer a challenge . But it is precisely the failures that help build the vision!”

There is no doubt that failure is an integral part of life and work, but the problem lies in the fear and perception of defeat as something bad, something to be ashamed of. This is precisely why the panelists agreed that we should work on changing perceptions, starting from a young age and continuing through college. “I think that young people at colleges learn too little from case studies, especially examples of unsuccessful ideas and projects. When you realize how easy it is to fail, your attitude changes. I would start with education because failure is also part of life and you shouldn’t run away from it,” said Trbović, who was quite surprised when he noticed a chandelier in a friend’s apartment that he had in the Gradska Kavana which had been given to the friend by Tomo Ricov.

“Dropping the ball” is normal, but that doesn’t mean we should let failure discourage us. This is exactly how we can learn and continue to develop in order to continue to fight and reach our dreams, no matter how many times we fail along the way. With positive messages and a few examples from the audience, the panelists left the satisfied audience with a strong message – it doesn’t matter if you “drop the ball”, it’s only important to continue with your head held high!