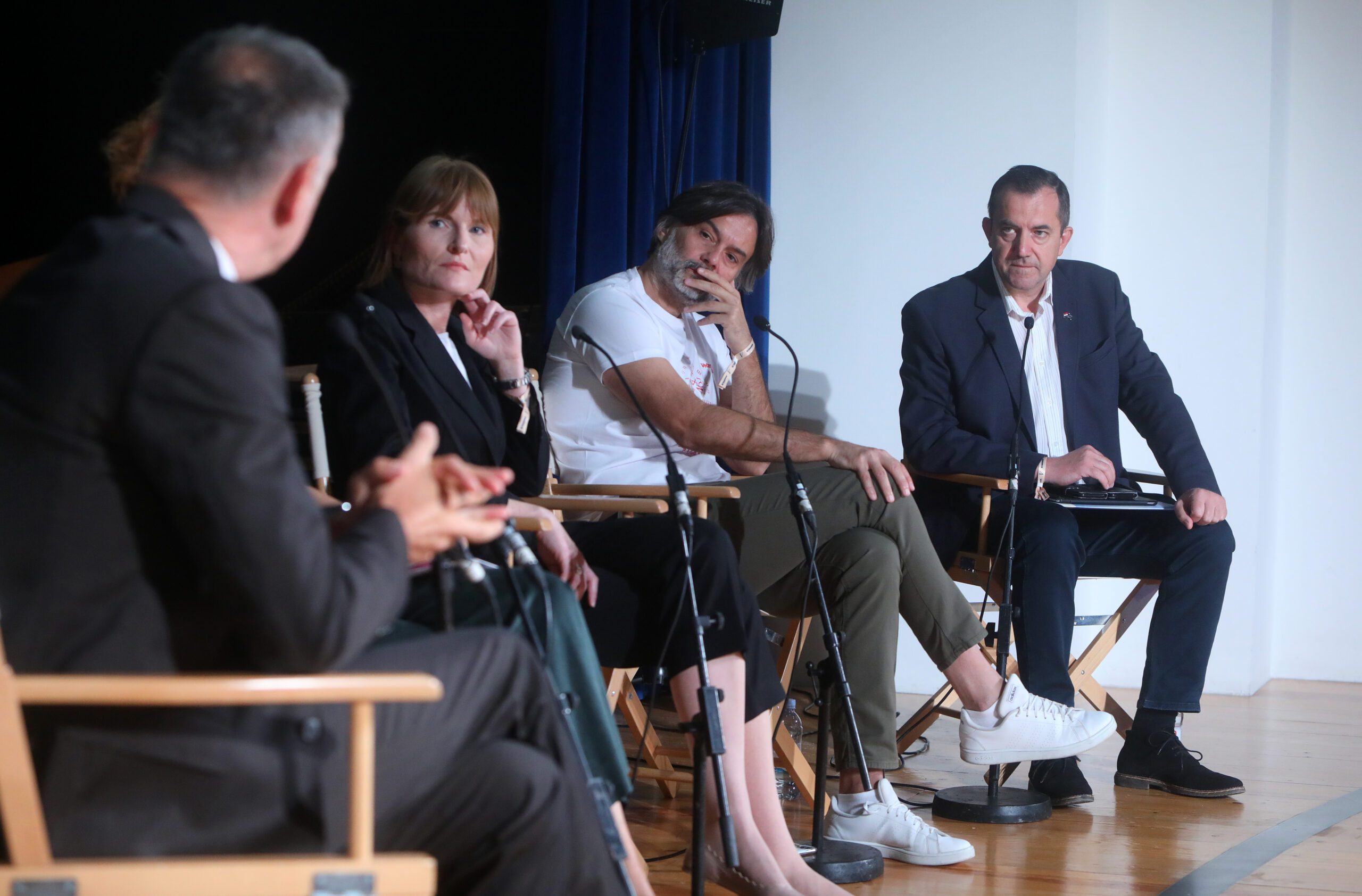 The culture of fake news combined with the obvious, too frequent and unjustified dissemination of unverified information, especially in delicate situations that require extra caution and fact-checking, can cause real confusion in the online world. This phenomenon, under the influence of sensationalism, click bait and infotainment, has a negative impact on society as a whole and is becoming an increasing problem for true and timely reporting and informing citizens. Most people, especially those on digital platforms, seem to lack the concrete skills and tools to help distinguish verified information from fake news, while the ease of communication and connection through social networks can make it much more difficult to distinguish truth from lies.

The topic of fake news and disinformation was discussed on the panel entitled “Death of facts”, which hosted some of the leading figures in media and academia, as well as the regulatory sector. Assistant Professor at the Faculty of Political Sciences Marijana Grbeša, News Director at Nova TV Ksenija Kardum, Editor-in-Chief of Večernji list Dražen Klarić, and Head of the European Commission Representation in Croatia Ognian Zlatev, and moderator Tihomir Ladišić (N1 television), presented their opinions on this burning issue, but also discovered in which ways we can try to oppose this growing phenomenon. How to resist the flood of unverified content and news without encroaching on freedom of speech, how social networks have influenced the increase in the placement of dubious information in public discourse, and how much COVID-19 had its fingers in the whole process, are just some of the questions that these prominent media experts tried to answer.

“There are different types of misinformation. Today, fake news refers to news that is made up. For example, after Jutarnji list published the news that Krunoslav Capak’s son was hospitalized after vaccination, which was later removed from their website because it turned out that the information was not correct and that Krunoslav Capak had no son at all, a theory spread that Jutarnji list retracted the news in order to hide the fact that it ever happened. On the other hand, misinformation is a false fact that creeps into reporting, while disinformation is the intentional spreading of wrong information. I would single out Pizza Gate as one of the examples of fake news that had direct real-world consequences,” explained Marijana Grbeša. As expected, in countries with a low level of trust in political and media institutions such as Croatia or Bulgaria, situations like these are more common. “When we talk about vaccination against Covid-19 in Bulgaria, only slightly more than 30% of citizens agreed to be vaccinated, which is the lowest level in all of Europe. Distrust in institutions and the media are among the main causes for such a low vaccination rate. The same situation with Covid-19 is being repeated today with Russia’s invasion of Ukraine,” said Ognian Zlatev, a native Bulgarian. “Legal regulations are being prepared that should deal with this kind of problem, but part of the responsibility still lies with the people. Although certain problems are universal, each country is different, so an individualized approach is still necessary,” he said.

In recent decades, the media discourse has been changing with the increasingly rapid development and availability of digital channels. Therefore, we must not miss the opportunity to adapt to technological innovations and adapt the way we distribute and consume information from the channels that surround us. One of the arguments for these changes is the example of the younger population, a significant number of whom consume news and information from alternative channels which were not intended for this purpose, such as TikTok. Channels like these are full of subjective and unverified content and reports, which makes it even more difficult to distinguish between verified news. However, according to the opinion of the panelists, such channels are a path to other more serious news programs and should not be dismissed out of hand: “Is it even worth reaching out to such an audience? I think it is. This is the way in which you draw some initial attention to yourself, and later perhaps that audience will start consuming news through other, more serious channels,” Ksenija Kardum said.

One of the culprits for the flood of sensationalistic and dubious information in the media and public discourse is populism, which also flourishes in societies with low trust in institutions. Precisely in such cases, the responsibility of media channels is to maintain objectivity and to make their contribution by reducing such news and information, especially in challenging periods such as those before elections. “As journalists, we have to minimize our sympathies towards certain political options. Expel those who lie from the public space and report honestly and accurately. It will be a challenge for us in the media to trust each other, and I feel that populism will grow in the coming year due to various problems,” said Dražen Klarić.

Although we could discuss this topic for days, there is no doubt about one thing: Media space and discourse are changing, partly due to geopolitical turmoil, and partly due to the sudden and strong development of alternative media and digital channels. It is up to us to maintain objectivity and the possibility of critical thinking, and to make our contribution by once again rescuing facts from the dark and unverified corners of the media space and bring them back to the forefront.