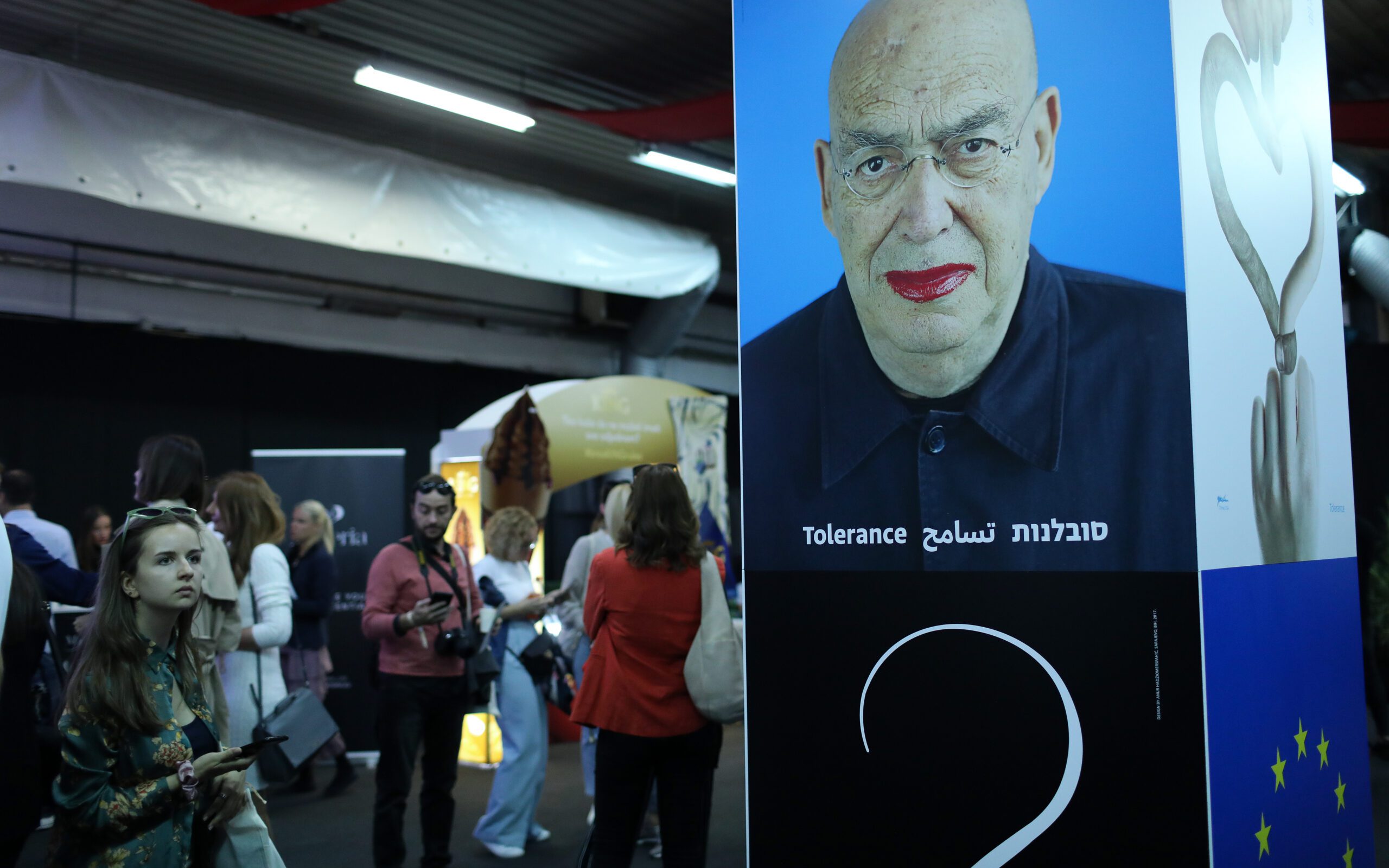 As part of the Weekend Media Festival, one of the largest and most influential exhibitions in the world – “Tolerance Poster Show” – was opened. The exhibition was created under the auspices of DIRECT MEDIA United Solutions, and at the Weekend Expo Lounge, it presented the works of 94 artists from all over the world, including Croatia, Serbia, Slovenia, Bosnia and Herzegovina, and Montenegro.

The exhibition looks at a world that is increasingly divided by social injustice and discrimination on various grounds, and uses the power of design to remind us of our common values. The Tolerance project is the result of the involvement of world-renowned artist, activist, and graphic designer Mirko Ilić. Numerous world artists, creatives and designers responded to Ilić’s invitation, and one of them is Stefan Gajić, creative director and art director at DIRECT MEDIA United Solutions. Gajić is also the youngest graphic designer from the former Yugoslavia to join Tolerance, and he had the opportunity to open the exhibition.

“Art that calls for tolerance is more important today than ever before. When Mirko Ilić asked me to be part of the Tolerance project, which brings together the world’s biggest names in design and art, I couldn’t believe it, and I had a similar reaction when I heard that there was an opportunity to be at least a small part of the Weekend Media Festival. I am very lucky and have the opportunity to work in a collective like Direct Media, as part of United Media, because we all know how much it means to be in an environment that nurtures diversity, authenticity, and gives you the opportunity to learn and work with the best. I sincerely hope that visitors to the exhibition will take a little tolerance and love with them and continue to spread it in their surroundings,” concluded Stefan Gajić.

The opening of the exhibition “Tolerance Poster Show” was also attended by Tomo Ricov, the program director of the Weekend, who commented on the significance of this project. “I am extremely glad that we gathered in such large numbers today to welcome art and the opening of the Tolerance exhibition. It is a great honour and pleasure that we have the opportunity to host this world project for the first time at this year’s Weekend, in which so many people from our region are participating. I would like to point out that this is a project that has already traveled all over the world, and now it has finally come to us. Thanks to Mirko Ilić, who started it, and thanks to all the young authors, especially to the great young hope – Stefan Gajić, who is here with us today and personally presents us with his own work.”

In addition to Gajić, numerous other designers and creatives exhibited their works as part of the exhibition, including established and recognizable ones, as well as those who are just on the rise. The works of artists from Croatia, Serbia, Bosnia and Herzegovina, and Montenegro also found their place among the posters in Rovinj. “Tolerance Poster Show” is a recognizable project that is constantly growing, and so far has conveyed the message of tolerance and inclusion to more than 400 thousand people from over 40 countries.