The organisers of the Weekend Media Festival have presented the topics and prominent names for the jubilee Weekend.15 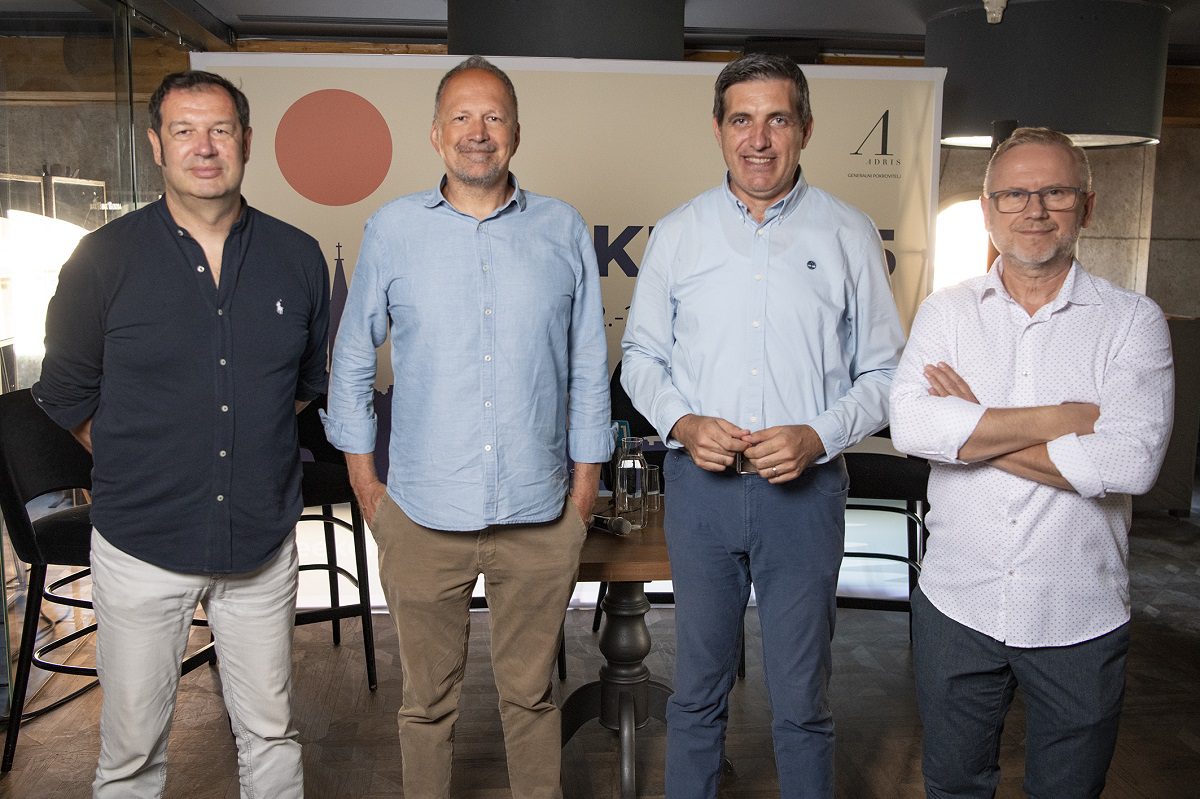 The topics and most prominent names of Weekend.15., the largest regional conference, have been announced! The gathering of experts and enthusiasts from the world of media, communications and business brings a lot of content from various fields such as IT, music, media, and innovation. Weekend.15 will be held from the 22nd to the 25th of September under the slogan #SAMODOĐI at the already well-known premises of the old Tobacco Factory in Rovinj.

“Current trends, inspiring speakers and a relaxed atmosphere that encourages intense socializing will also mark the 15th Weekend in Rovinj. This year we have truly diverse topics that accompany the changes in society, which means that we will talk about the WEB 3.0, the metaverse, the unicorns of the future, TikTok, innovation disruption, but also about the cancel culture. We are eagerly awaiting the opportunity to have a great time together and the creation of new Weekend memories because there will certainly be no shortage of entertainment”, claims Tomo Ricov, director of the Weekend Media Festival and Pepermint Agency.

Israeli journalist and publicist Yossi Melman – one of the greatest experts in the field of espionage and international security, who has written a number of bestsellers about the Mossad and the Israeli internal security service Shin Bet – will provide a special dose of interesting, educational content and instructive presentations, among others. Some of Melman’s most famous literary works are: “Every Spy a Prince: The Complete History of Israel’s Intelligence Community”, “Spies Against Armageddon” and “The Master Terrorist: The True Story of Abu-Nidal”.

From the digital world comes Nikola Dešković, a revolutionary who was the first to successfully set up online car sales in Europe, and Vuk Vuković, one of the leading domestic macroeconomists, who will talk about the “hot autumn” and the recession in the next year.

“The Weekend has become an internationally recognized event, which represents social trends, analyzes our media and communication reality and exposes taboos, and still has not lost its intimacy of pleasant socializing and networking of professionals from Croatia and the region in one of the most beautiful Adriatic destinations – the popular Rovinj. Excellent speakers, tricky topics, novelties in our industries, fruitful discussions and a lot of good fun are waiting for us again this year. This is actually the secret recipe of the Weekend’s traditional success, which after the pandemic is in a new, more attractive guise”, said Prof. Ph.D. Božo Skoko from Millenium Promotion, the Festival’s partner agency.

An excellent evening program will contribute to the good attendance of the 15th consecutive Weekend Media Festival, and the first name that the organizers have revealed is Konstrakta, currently the biggest regional star.

“Adris has been the general sponsor and host of the Weekend Media Festival since its first edition. The success of the festival is the result of a shared vision, a unique concept, and the systematic efforts we have made over the years. In the last fifteen years, Adris has transformed Rovinj into an elite tourist destination, but also a recognizable event destination, to which the Weekend certainly contributed, which, as we always like to point out, is our biggest, longest running and most anticipated event. “The Weekend Media Festival has endured all these years without losing its relevance, engagement and even provocativeness, which is what we expect from this year’s program,” said Kristina Miljavac from Adris Group’s corporate communications.

The entire event will be completed by the Golden Drum festival, which will be held this year as a part of the Weekend Media festival. Every year, this international creative festival awards the best ideas, the most successful creative teams and skilled individuals who effectively brought innovative ideas to life and thus left their mark in the advertising industry, and this year’s main theme of the festival is Rebuilding Connection. Several interesting speakers from the world of communications were announced by Mojca Briščik, president of Golden Drum.

“Golden Drum, as one of the best festivals of creativity in the world, will present on stage many international leaders from the creative industry and beyond. Among the many respected professionals who will join us in Rovinj will be Fabio Seidl, Director of Global Creative Development, Meta, USA, responsible for campaigns worldwide for renowned brands such as Facebook, Instagram, WhatsApp, Messenger, and Quest. Then Jason Romeyko, global executive creative director and managing partner of Serviceplan International, named independent network of the year at Cannes 2022. We will also be joined by Ghada Wali, founder and creative director of Wali’s Studio, Egypt – TED global speaker, multi-award-winning designer who developed an Arabic font that was chosen as one of the 100 best graphic design works in the world. Wali also made it to the Forbes European list in 2017, becoming the first Egyptian to appear in the Art and Immigrants category. In addition to great speakers, the best creative campaigns, agencies, and individuals behind them will be honored during the Golden Drum Awards Show on September 23rd. We expect another great edition and a gathering of the crème de la crème of the creative industry, this time in the lovely seaside town of Rovinj”, said Mojca Briščik, president of Golden Drum.

Among other important events at Weekend.15, the winners of the Food Tech start-up competition organized by Infobip, Maistra and Pepermint, which was announced at the Weekend Food Festival in May, will be announced. All interested start-ups can still apply here.

You can find all the information and the latest news about the Weekend Media Festival on the official Instagram and Facebook channels.

You can find out more about your rights on the page Privacy Rules or contact our officer at data.protection@weekendmediafestival.com or at ured@presido.hr
Cookie settings
PRIHVATI DISMISS