Operation Weekend – who controls the controllers and can artificial intelligence replace humans? 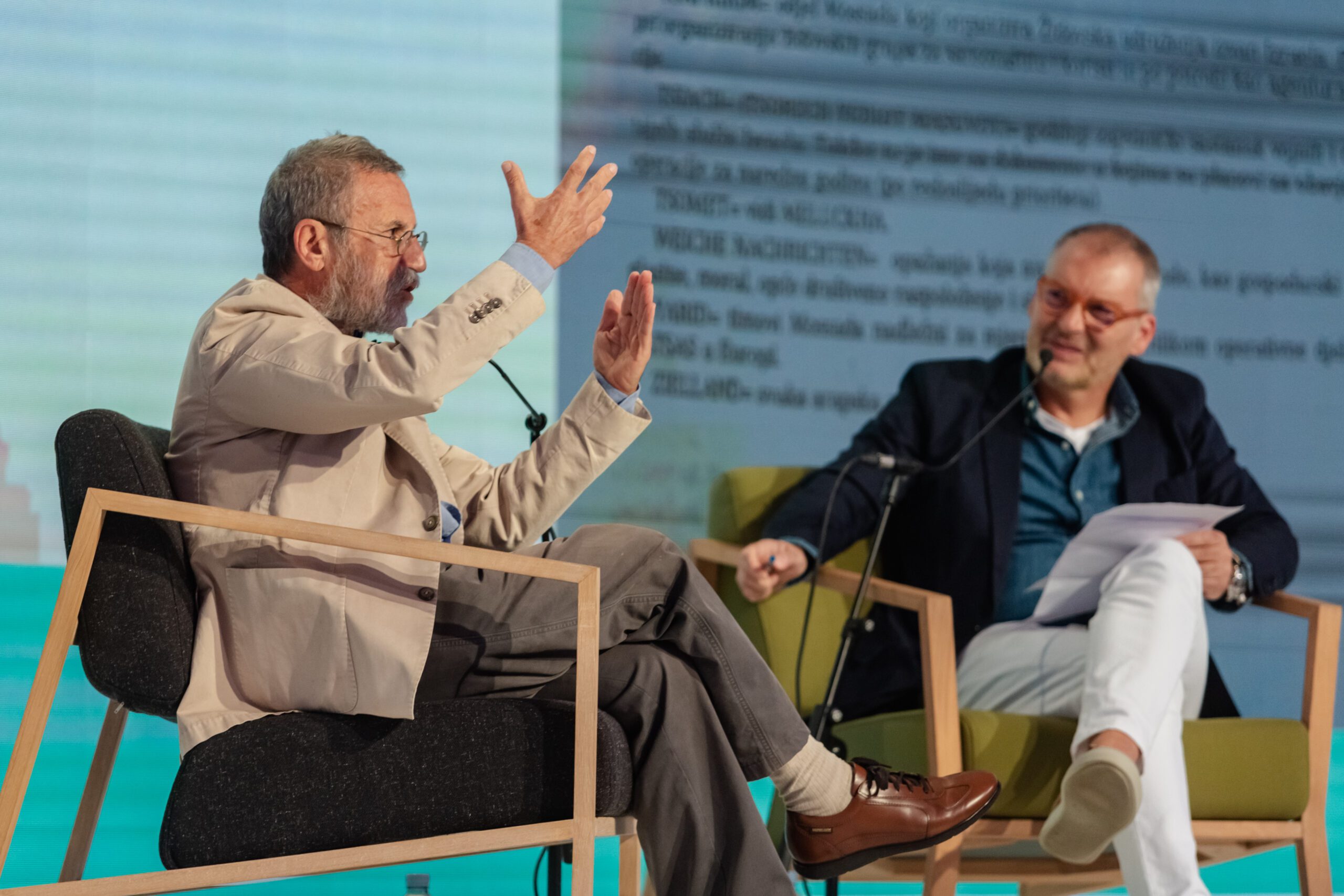 Secret services and the world of espionage have always been the subject of numerous speculations, theories, and often conspiracies, but rarely has any secret service reached the iconic status of Israel’s Mossad. Yossi Melman, publicist, journalist and man with a thousand stories—probably more than half of which will never be published—opened the 15th Weekend Media Festival in an intriguing 1-on-1 meeting with moderator Igor Alborghetti from 24sata, in front of a full Weekend Hall in the Old Tobacco Factory in Rovinj.

Israel de facto has three intelligence services, but judging by popular culture, the Mossad has become one of the most famous and influential services not only in Israel, but also on the global intelligence scene. “We can say that Israel is in a ‘dangerous’ neighborhood, surrounded on all sides by threats and rivalries, which was ultimately one of the main reasons that influenced it to develop in a certain direction. Although all Israeli services work for the state, the Mossad is oriented towards external threats and relations,” Yossi Melman pointed out at the very beginning of this intriguing and veiled interview.

With a few tidbits from the world of espionage, such as the story about the installation of a listening device in a dictator’s bathroom, which they never ended up using, the dominant theme of the interview was technology and its use in numerous operations. According to Melman, what lies at the core of the human potential of intelligence agencies is determination, willpower, and skilled people willing to take risks. Although modern technology plays an essential role in many segments of intelligence operations, the human factor is still irreplaceable. “It is important to distinguish noise from sound, in the sense that a lot of information is simply not relevant. This is exactly why the keyword system was invented. This is where artificial intelligence helps significantly. But you still need someone close to the whole operation to get to the heart of it. By eavesdropping, you can actually stumble upon targeted lies. Many dictators and leaders are so paranoid that they will not even discuss certain topics except in an absolutely isolated and safe context. At the end of the day, people are the ones who control machines and technology, and I don’t think that’s going to change anytime soon,” Yossi Melman opined.

In addition to actions and operations that are worthy of James Bond, the fact that this intelligence service also has tasks that belong to the domain of diplomatic affairs is also interesting. “There is a special department in the Mossad, which is responsible for secret diplomatic relations with countries where Israel does not have an official representation—especially the Arab countries that surround us. They secretly create connections with certain compatible circles, that can become public in an instant. Saudi Arabia is a good example. For years, Israel and Saudi Arabia had bad relations, but due to other threats such as Iran, even in such situations there is a willingness to cooperate for numerous reasons. In some cases, the Mossad acts as a substitute for the Ministry of Foreign Affairs,” he said.

However, it is clear that in sectors that are shrouded in secrecy and have an impact on the lives of numerous domestic and foreign citizens, the concepts of control and transparency become more fluid than usual. One important question that came up during the interview is who actually controls the controllers? “All actions must be confirmed by the minister, the board and by parliament in order to be implemented. The most important moves are always presented to lawmakers first,” Melman revealed.

And at the very end, there was talk about the reasons why military technology is ahead of civilian technology and the dangers of applying military solutions for civilian purposes. “The army needs the best of the best, so it is not surprising that such structures bring together top experts and innovators from many fields. After a while, these people usually move to the business sector and in this way contribute to the spread of the aforementioned technologies and innovations. Unfortunately, such applications also lead to negative consequences, such as the example in Mexico where the Pegasus system was used to spy on journalists, one of whom was ultimately liquidated. It’s a double-edged sword. It is useful, it helps industry and the army, but it can be used in negative situations,” Melman said.

This intriguing interview revealed numerous tidbits about the world of intelligence and espionage but, at the same time, some things were swept even further under the carpet. However, one thing is certain, both in the world of film and in real life, Mossad is Coca Cola in a world of Pepsi.