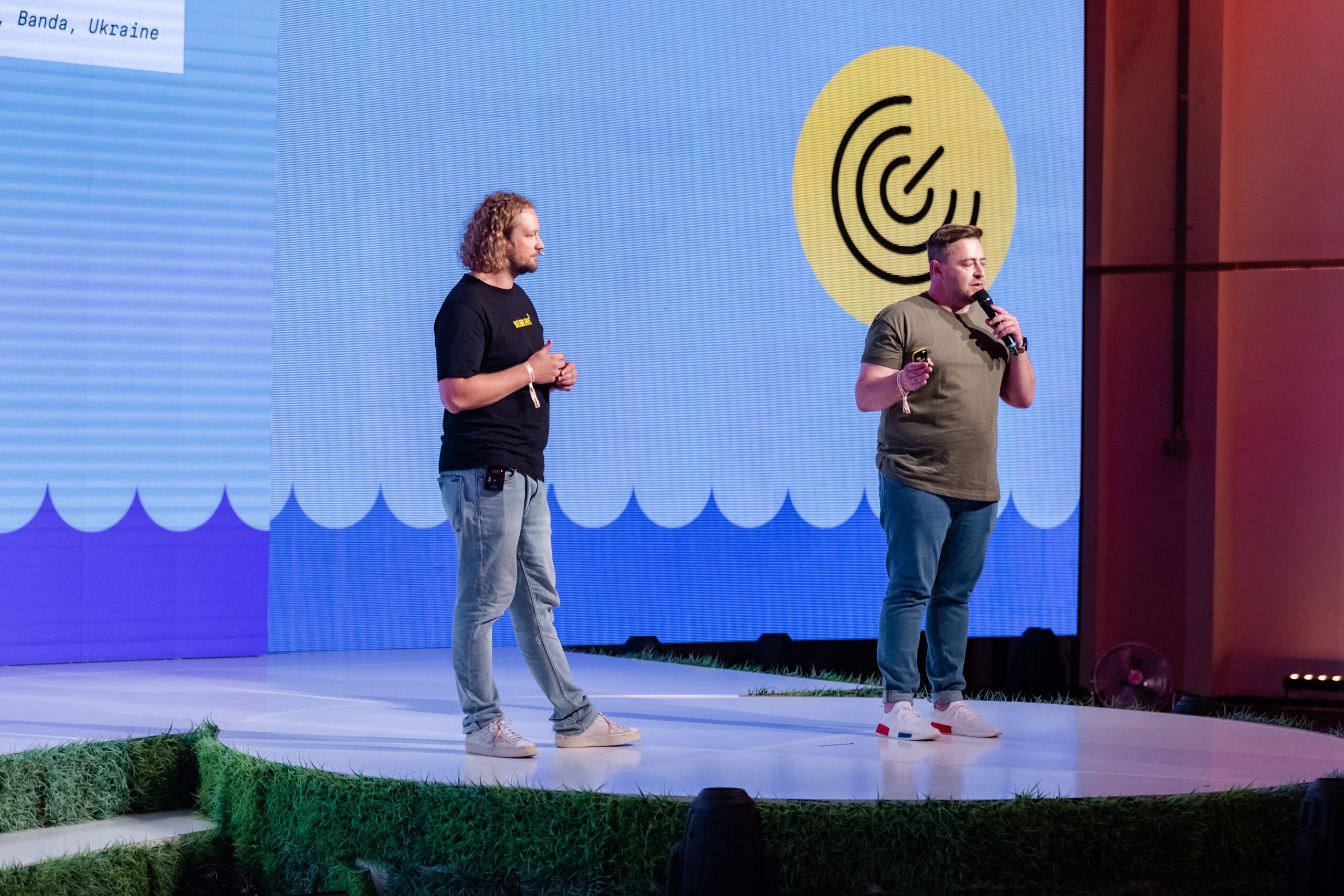 When Egor Petrov founded the Banda creative agency with two partners in 2011, he could not have dreamed that it would become one of the leading agencies in Ukraine just one year later. In 2018, Banda became the ‘Red Dot: Agency of the Year’, while in 2019 it was declared the most creative agency in Central and Eastern Europe according to Epica, and in 2020 it was declared the most effective independent agency in the world according to the Effie Worldwide awards thanks to having implemented campaigns in more than 40 markets worldwide. In the last decade or so, Banda has worked with world-famous brands such as Uber, Puma, Eurovision, Budweiser, and many others. But, a few months ago, something happened that messed up the plans of many industries, not only creative ones. What started as a dubious “Special Operation” is today a full-blown military operation on the territory of Europe, the first of its kind since the Homeland War – which many of us had the misfortune of personally experiencing.

The panel entitled: “Rapid creativity: How the war got the best out of Ukrainian agencies”, was led by two seasoned creative directors from the Banda agency, Egor Petrov and Maxim Boritko. “Everything changes quickly, and even more so today,” began Egor Petrov, who is also one of the founders of the aforementioned agency. “As creative people, we haven’t changed our approach for years. The way we think about TikTok is still the same way we thought about advertising 20 years ago. We believe that we have to modernize and change the processes,” continued Maxim Boritko. The creative industry around the world is characterized by bombastic ideas and concepts, but also very often by a long process of authorization, revision, reconciliation of wishes and ideas, which makes this seemingly relaxed and “fun” industry one of the most stressful. What happens when external circumstances require quick action and leave no room for reflection? “Two weeks after the war started, we had a meeting where we concluded that we should work on the country’s brand in this crucial and uncertain moment. We needed a weapon and a way to convince the international community to help us,” revealed Maxim.

Based on that idea, the concept of a campaign was developed, which aimed to raise awareness within the international community and appeal for help, but also to present Ukraine as a strong country, full of brave people.

“Our idea was to portray Ukraine as a hero, not a victim. The only problem was that we had an idea, but no client or budget,” said Petrov, describing the situation somewhat humorously. Fortunately, they got in touch with the ministry and within a few minutes received confirmation and support for their idea. Both of them agreed that there was no time for endless conceptualizations and coordination. It was crucial to translate the power of this raw idea into reality as soon as possible. The idea was that the concept should take one hour, and the elaboration one week, because there was simply no time for anything more than that at that moment. Despite the short implementation period, the campaign quickly spread around the world and appeared on more than 10,000 digital and printed formats in more than 200 cities, including London, New York and Toronto. The slogan of the campaign “Be brave like Ukraine” was thus found on the logos of countless companies, products and even sports jerseys, and its reach continues to increase every day. On the trail of a concept that develops out of sheer necessity, there is an opportunity for such a trend to spill over into the entire creative industry and beyond, and change the entire view of how ideas are developed and put into action.

The panel was concluded with an emotional video message from Ukrainian creatives, not only from the Banda agency but also from other Ukrainian creative agencies, and the panelists made a point with a strong message and call for unity: “Courage has super powers, but with a human heart. Ideas are our strongest weapon, join us!”