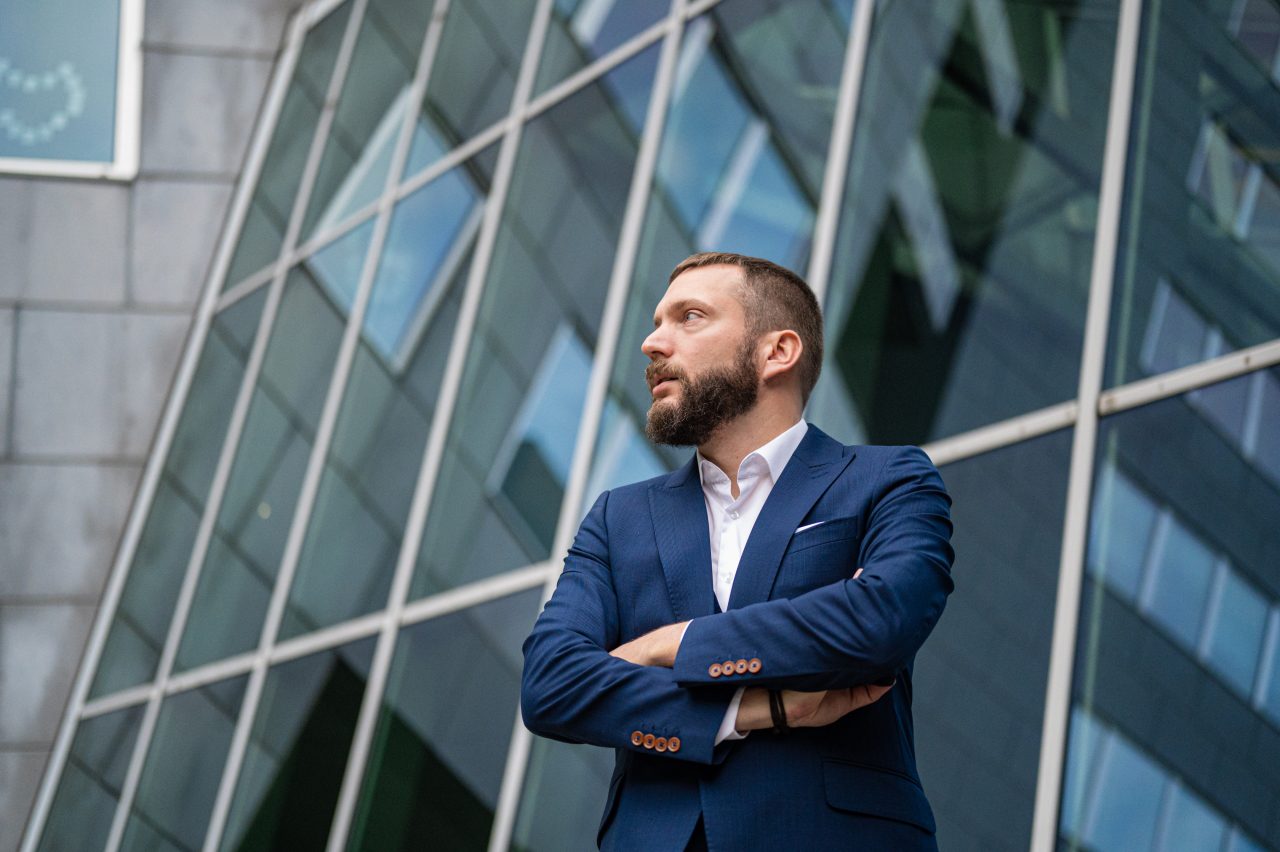 Nikola Škorić is the founder and director of Electrocoin, a Croatian cryptocurrency exchange and crypto payment processor. Škorić graduated in computer science at the Faculty of Electrical Engineering and Computer Science and passed the reactor operator’s license. After 7 years in the nuclear industry, he founded Electrocoin in 2014 with the aim of enabling simple, legal and professional bitcoin trading in Croatia. The company, with its Bitcoin exchange, became the largest cryptocurrency exchange in Croatia and expanded its operations to the entire European Union. In addition to trading in virtual currencies, it also enables merchants to receive payments in cryptocurrencies while HRK is deposited into their account through the PayCek system. Electrocoin has many strategic partners that make their services available across the country country at 55 branches of the Croatian postal service and 78 physical exchange offices. Payments with cryptocurrencies are possible at several hundred payment points, including Konzum, Tifon gas stations, the iNovine chain of kiosks, digital auto insurance LAQO and the largest Croatian webshop Bazaar. In anticipation of the panel where we will find out if web 3.0 is really the revolution we’ve been waiting for, we bring you an interview with Nikola Škorić at Weekend.15.

What do you need to know about web development and all its specifics?

The web has been around for over 30 years and has gone through several iterations. The first version of the web was designed by Tim Berners-Lee from the CERN institute in 1989 and become publicly available in the fall of 1991. Already in 1993, there were over 600 websites, some of which still exist today, such as bloomberg.com, wired.com and mtv.com. By the end of 1994, there were already over 10,000 websites, and the growth of the web was so fast that over the next three years it became a completely normal phenomenon in some high school classrooms. Some of the most important features for web development in that period were certainly the development of HTML, CSS and the appearance of the first internet browsers and their aggressive competition for users.

The biggest problem with the first version of the web was that the publication of information on the internet was reserved only for experts and pioneers of internet technologies. Ordinary users simply did not have the necessary knowledge. This problem was solved with the advent of web 2.0, and in this sense web 2.0 meant enabling end users to easily publish content on the internet. It is important to note that there is no exact definition of web 1.0, 2.0 or 3.0, these are simply terms that unite a set of features that have defined the development of internet technologies over time. Web 2.0 introduced technical possibilities that most people today actually consider normal — anyone can create, edit and publish any text, image, video or any other form of content that we consume on the internet. The explosive growth of the first version of the web was repeated again with web 2.0 — namely the appearance of the “cloud” and the possibility of storing information virtually, that is, on a server, as well as the appearance and explosion of blogs and then more complex social networks. Web 2.0 was introduced to almost every computer, and a little later, with the appearance of the smart phone, and in every pocket.

With the exponential growth and development of web technologies and content, the problem of ownership of content on the web and the centralization of web 2.0 platforms appeared. The matter escalated so much that even the US Congress summoned the directors of the leading web 2.0 platforms (Facebook, Twitter and Google) to a hearing and questioned them about the problems of privacy and content ownership. This problem is solved by web 3.0, which today is more often branded as web3 — the decentralized web, i.e. web platforms that leave ownership and control over content to content creators.

What to pay attention to when it comes to the transition to web 3.0?

Among the commentators, you will find many who believe that web 3.0 is just an attempt to rebrand the cryptocurrency industry into something new. However, there is no doubt that web 3.0—meaning the decentralization of the web based almost exclusively on blockchain technologies—is slowly bearing fruit. Decentralized web applications are entering the scene and are being used more and more. At the same time, one must pay considerable attention to the question: is the system that is branded as decentralized in fact decentralized?

People often misunderstand the concept of decentralization, especially when it comes to the decentralization of financial applications. Although the premise of decentralized finance (DeFi) is that the need for a third party is completely eliminated when performing transactions, the reality is a little different. Often, in nominally decentralized applications, there is, let’s say, an enabler of such a system in the background, which means that even in decentralized systems, “new intermediaries” are created. A good example is Celsius and Voyager, two centralized DeFi platforms that grew explosively on the wings of DeFi hype, but completely centralized control of their users’ funds and eventually went bankrupt and simply lost the funds entrusted to them. Slightly more subtle examples of DeFi services are dYdX, which performs a large part of its operations in a centralized manner, or Solend, which has the option of fully taking over the funds of its users. An even bigger problem with Solenda is the very “blockchain” platform on which it is built—Solana is known in the web 3.0 world as an example of a highly centralized blockchain.

Of course, you should also keep in mind that the construction of decentralized services is an ongoing process and it is quite legitimate to first build a service with elements of centralization and then decentralize it. For example, MakerDAO and Aave started as DeFi services under the control of “intermediaries”, only to eventually become completely decentralized. This was achieved by forming decentralized autonomous organizations (DAOs) that actually function as a “third party” entity, but are fully decentralized.

What will we gain with the transition to web 3.0?

What opportunities do you see in web 3.0 technologies, can you single out the most interesting examples?

Unlike the currently dominant web 2.0 system in which tech giants such as Facebook, Twitter and Google control and often abuse user data, web 3.0 is based on blockchain technology that allows end users full ownership of their data. Web 3.0 platforms are not controlled by any centralized entity, therefore almost all functionalities of such technology are uncensored and access to them is, as a rule, not restricted.

The most interesting example of web 3.0 technologies is certainly decentralized finance. Systems like Curve, Uniswap or Compound allow you to get a return on your deposit (something similar to interest) of a few percent per year, which is many times higher than what centralized financial institutions offer.

There are also decentralized social networks. The first example of such a network was Diaspora, which appeared in 2010 and had nothing to do with blockchain technology, but due to its decentralization, it was certainly an example of a web 3.0 application. In the early days of blockchain technology, Steemit was dominant, while in recent days the creators of the popular Aave have been explosively developing Lens.xyz, an extremely flexible framework for creating decentralized social networks.

The most popular example of web 3.0 technology is certainly NFTs. They are most often used to show ownership of digital art, but even before the NFT hype in 2021, Hrvatska Pošta (Croatian postal service) released its crypto stamps using this technology. Anyone interested in this technology must have already used NFT services, for example OpenSea, Rarible or SuperRare.

Finally, it is perhaps worth mentioning the ubiquitousness of the metaverse in recent months. The most popular metaverse (under construction) is certainly the centralized Meta, formerly known as Facebook. However, there is no shortage of decentralized metaverses, and the most famous of them, Decentraland, has been around since 2020.