If you’re going to read one story from this Weekend, this is it… 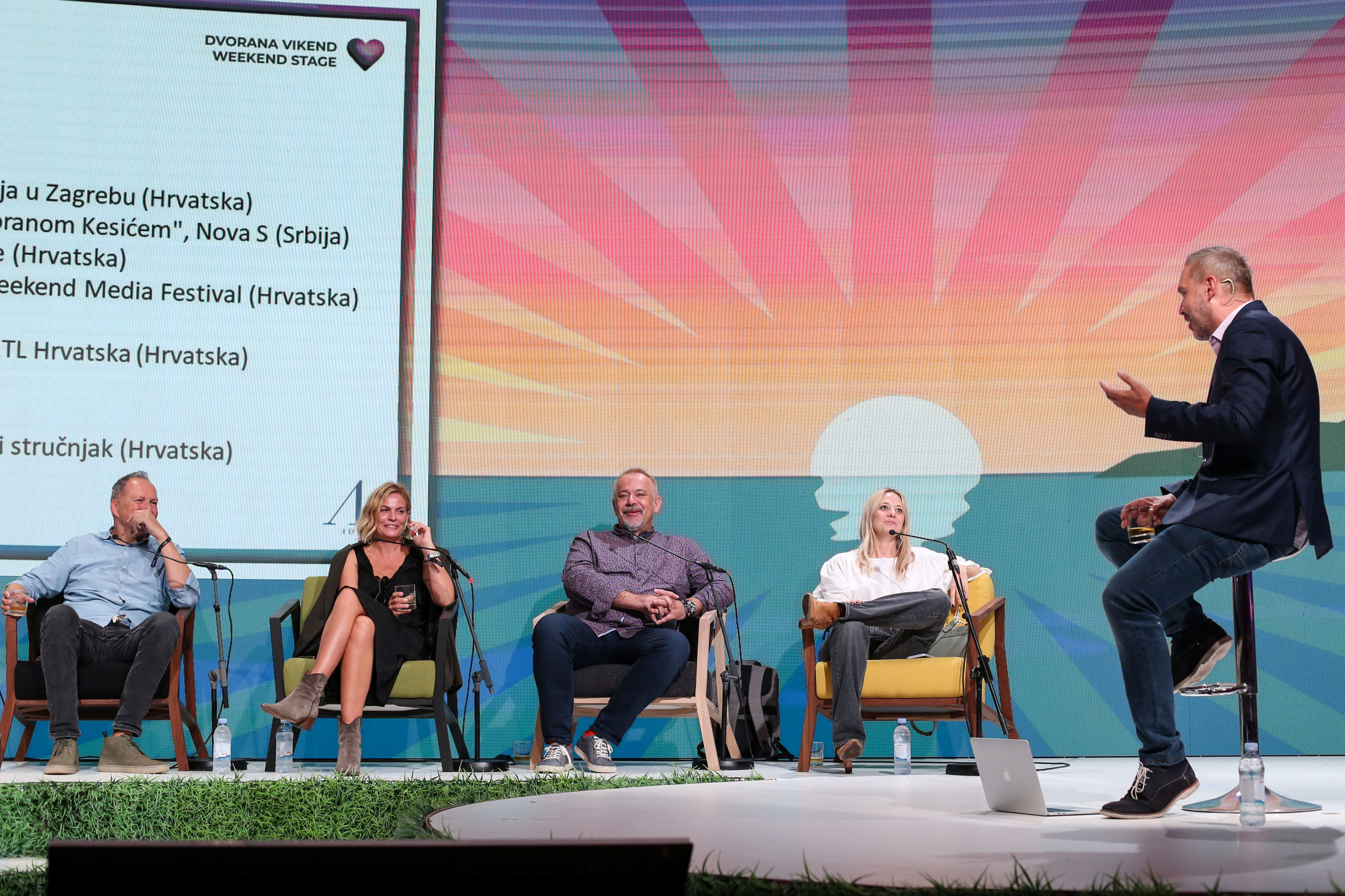 The semi-serious—and above all, legendary—panel about “nothing” concluded the Weekend this year with a lot of laughter and relaxed dialogue that thrilled the audience.

This year, it was moderated by journalist and communications expert, Petar Štefanić, and featured: Zoran Šprajc, editor and host of the show “RTL Direkt”; Zoran Kesić, author and host of the show “24 minutes with Zoran Kesić”; Ivan Stanković from Communis; Boris Jokić, director of the Institute for Social Research in Zagreb; author Jelena Veljača from the Spasi me initiative; Weekend Media Festival director Tomo Ricov; blogger Branimir Brkljač; and director of Prime Time Communications, Nevena Rendeli.

“When I get drunk, I’m a drunk, and when Jokić gets drunk, he’s an intellectual,”

“He got drunk in order to do curricular reform!” Stefanić added.

Štefanić: Drinking at the WMF?

Kesić: I thought that was the only segment.

Štefanić: And what about those people who are annoyed with the WMF? I used to feel that way before I was invited here. It fascinates me how we have a full audience when the topic is about “nothing”. Maybe next year the whole festival should be like this.

Brkljač: Do you think this year’s festival was about something in particular?

Štefanić: We are a mixed bag here. We have a Serbo-Croat, a Serb, a Croat… And what exactly are you, Brkljač?

Kesić: What are you talking about? We come to Rovinj because we love Rovinj! Well, the people greet us with open arms because we built houses here back in the 70’s. And now you…

Kesić: I once said I would never be a guest at the WMF.

The discussion turned to cajke (folk music) and smoking.

Štefanić: At least you’re consistent. This is your fourth year at the WMF.

Kesić: I showed that I was consistent by not coming these four years, and here I am again this year.

Štefanić: What do you think about Seinfeld?

Jelena Veljača: I’m trying not to say anything. Please, let’s move on.

Štefanić: GDP? Whose is bigger?

Kesić: It doesn’t matter whose is bigger, it’s a question of fit. Croats may like to have a GDP at a certain level, while we Serbs have a GDP that suits us.

Šprajc: My mother used to tell me not to suffer fools gladly. Sometimes you need to call a fool a fool. Stanković, stop sitting on the fence. Pick a side and join the fight!

Jokić: I’ve got a good story about Serbs and Croats. When soldiers are recruited, they have their penises measured. People in the Balkans don’t so well in this regard, but regional conflicts are quite common. Slovenes and Serbs are both bigger by about 0.0027 cm. The only nation with a smaller size than Croatia is Macedonia. Now put that in a geopolitical context. Penis size is directly related to the size of GDP.

Audience: WHAT ABOUT THOSE BOSNIAN MOTHER F***ERS!!!! (Thunderous applause). Enis Bešlagić emerges from the audience.

Štefanić: He’s got something to say because his name is Enis.

Enis: Ours are so big they had to be shortened!

Enis takes a bow and returns to the audience.

Štefanić: This whiskey is strong. Where were we?

Štefanić: Serbs are always more interested in what goes on at the WMF.

Ricov: Serbs a much bigger snobs than we are. They absolutely love this place. They like Rovinj more than Cannes! They always stay at the best hotels.

Štefanić: When I was a more serious man, I used to say that Jokić was a new hope for change. And now, you’ve given up on change.

Jokić: What are we talking about now?

Štefanić: We’re talking about you.

Jokić: Let’s pick a different topic. Sex at the WMF!

Štefanić: Do people have sex at the WMF?

Ricov: I almost did once.

Štefanić: Today the maid asked me if anyone else was sleeping in my room. Looks like she ran into someone else.

Brkljač: This panel really is about nothing.

Kesić: I think that today we opened many topics that are important for the wider social community, but some were taboo.

Brkljač: I think this conversation will solve the key problems of social development.

Kesić: I am glad to see that so many people are listening to these important things. I don’t know what benefit you’ll get out of it, but thank you.

Jelena Veljača: I’m in that position myself.

Štefanić: Jokić, explain to these people how they should think.

Jokić: I represent the government. Twice my car broke down today. My clutch failed on my way here so I went to see a mechanic. I told the guy I was going to the WMF. And he said to me: What’s the point?

Kesić: We’re all going to end up in the scrapyard, I think.

Jokić: I don’t know if you have ultra-conservative people in Serbia. But these ultra-Catholic conservatives…

Kesić: We have ultra-orthodox conservatives.

Jokić: Look, they say if people have pets, it means they don’t want to have children. Also, they blame Walt Disney for everything because he instilled in us a love for animals when we were children—and animals are evil.

Kesić: Is he a good guy or something? I don’t know.

Štefanić: Has anyone been neglected on this panel? Ricov, are you just sitting there laughing?

Nevena Rendeli: I’ve been talking so much I lost my voice.

Kesić: ASK JELENA A QUESTION! WHY DON’T YOU GIVE HER SOMETHING TO TALK ABOUT?

Štefanić: You ask her something!

Kesić: You’re very popular in Serbia. But there they call you Jelena Februar.

Šprajc: Yes, it’s true, that’s what I have written here.

Kesić: It doesn’t matter if someone is a pure Croat, Serb, or Bosnian. The important things is not to be Slovenian.

Brkljač: (says something in Slovenian)

Jokić: You guys shouldn’t have had so much to drink. I was talking about a research study on young people’s attitudes towards minorities. Over 90% say they are in a friendly and loving relationship with another nationality.

Jokić: Here in Croatia, gender and women’s issues need special attention. Some negative legal practices must be (incomprehensible)… regarding this panel about ‘nothing’. I hereby ask Branimir, a Slovene, or even Stanković, who is a Serbo-Croat.

Brkljač: I lived in Vojvodina, then I was in Slovenia for 25 years, and suddenly I ended up in Zagreb. Do you know what I am? I’m Bosnian.

Šprajc: I am delighted with the tolerance of young people. That’s why I’m afraid the media sometimes doesn’t give us the real picture of what’s going on, which is actually quite positive.

Jokić: We are poisoned by politicians with this nonsense. When you actually look at it, the true value of the WMF is to have all these normal people here, talking normally— that’s the path forward we are all looking for. Even when we talk about ‘nothing’, we still speak the same language.

Stanković: I suggest we end on that note. I have to go to the bathroom.

Štefanić: Thank you all for your attention. See you at the bar! 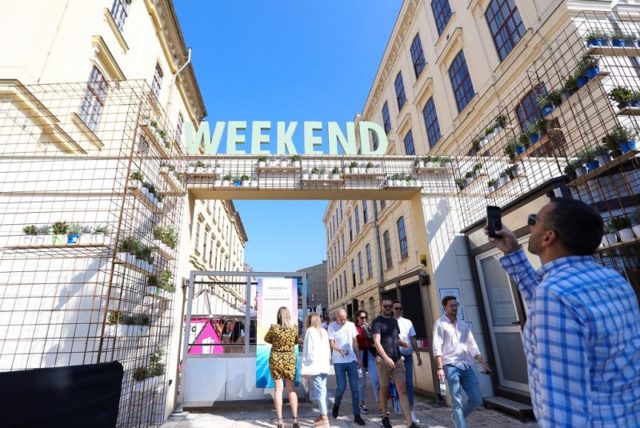 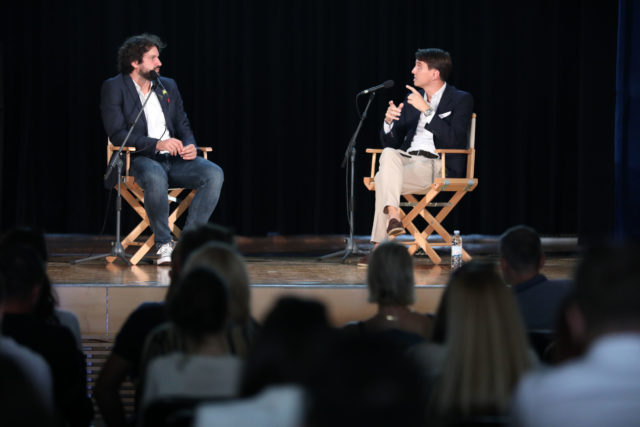 Has the state given up on young people? 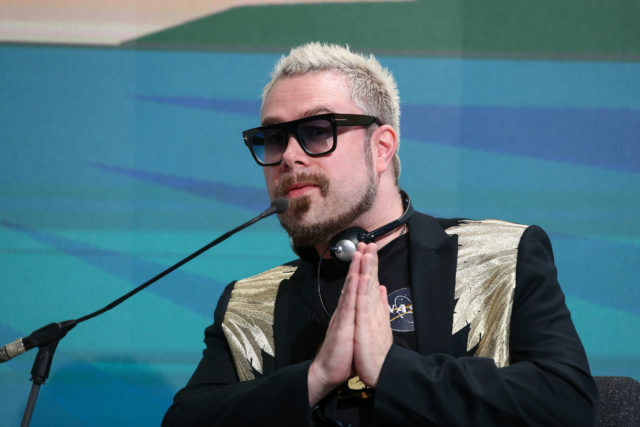 Who can predict the future of television? 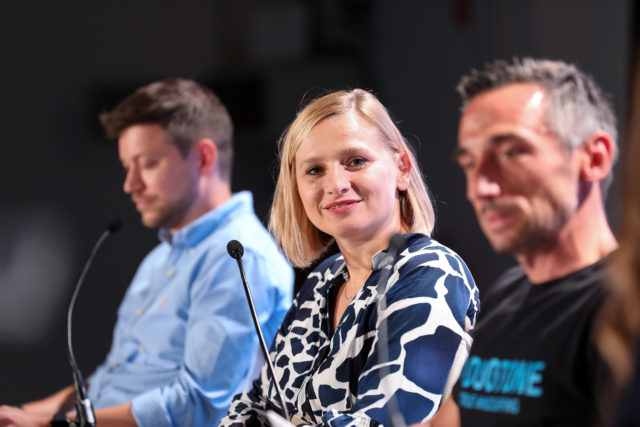 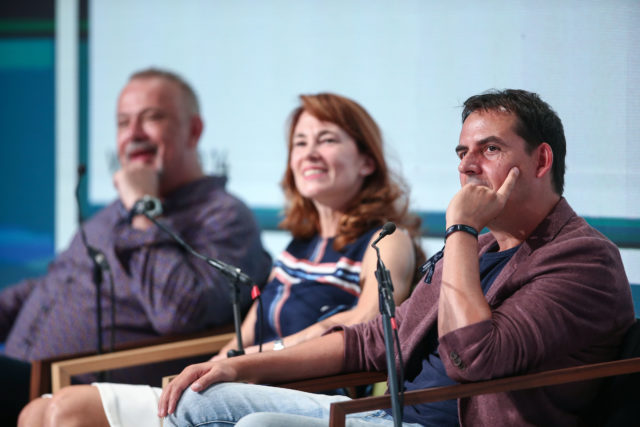 Applause for the best infotainment in the region 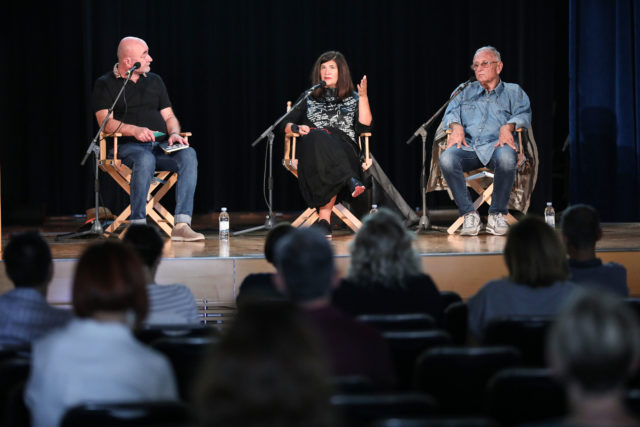 Can literature succeed without PR? Yes, it is possible!