Fabio Seidl: The best way to predict the future is through imagination 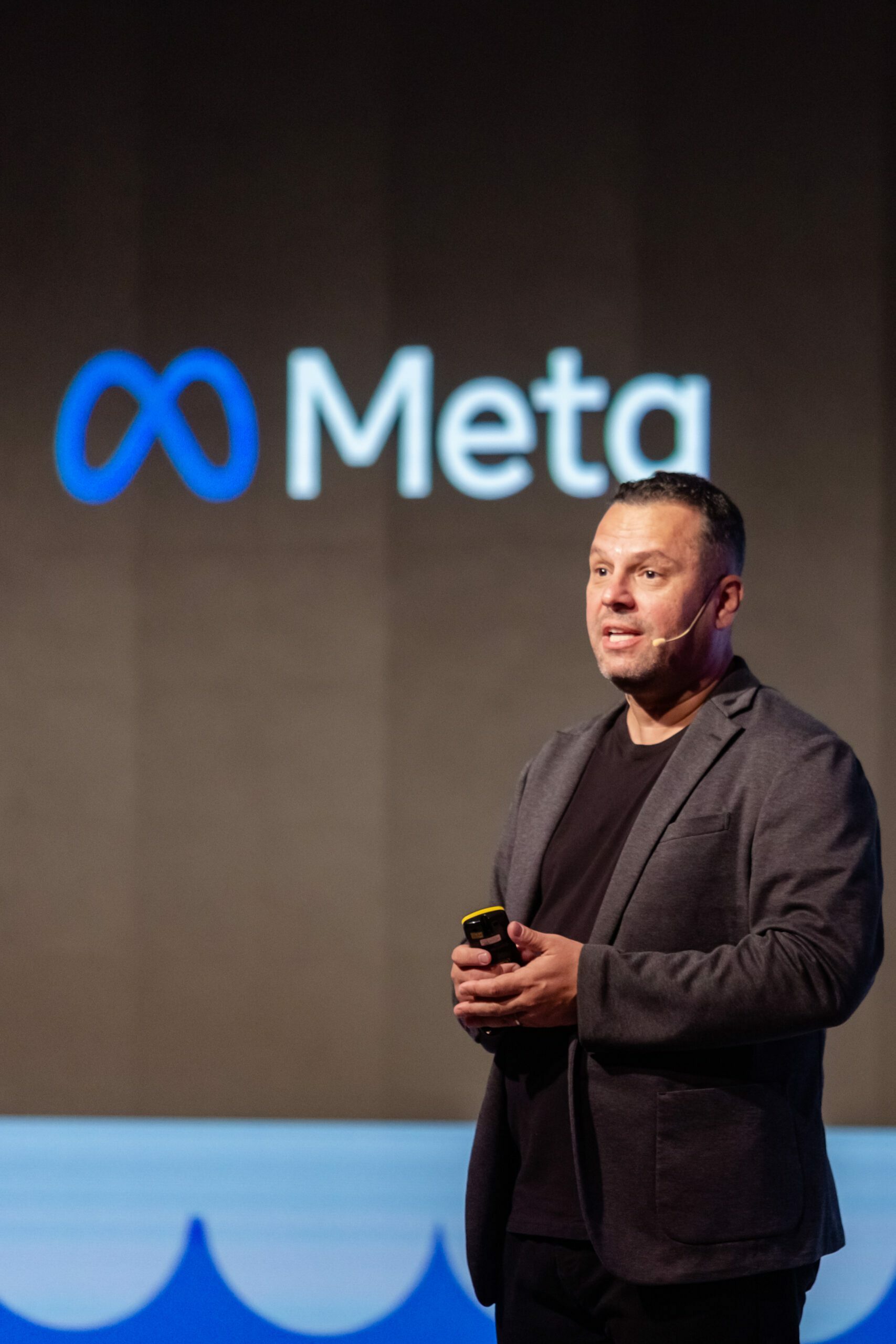 A few years ago, at concerts and events, we could see the audience communicating and expressing their emotions by raising lighters above their heads. However, technological advances have rapidly penetrated into every facet of our lives, so it is not surprising that lighters have been replaced by mobile phones in this context. That’s exactly how the lecture, “Simplify the future: how can a new look at creativity lead to the better use of technology and an inspired tomorrow?”, which was held at the Weekend by Fabio Seidl, director of Global Creative Development at Meta, got started.

“Who needs a vacation? Who believes that Croatia will win the World Cup? Who invested their money in cryptocurrencies and similar investments?” With these questions, Fabio Seidl ensured from the very beginning that the large audience was not just a passive observer, but also an active part of the lecture by answering questions by raising their smartphones in the air. In fact, these very questions served as the basis for Seidl’s thesis about the existence of three different futures – the one we choose, the one that cannot be controlled, and the real one, which is a combination of the two. “Who can predict the future? Realistically, all of us!”, Fabio Seidl pointed out at the very beginning of the lecture. The point behind these intriguing statements is actually that we are responsible for our own future, but also that we must be prepared for the fact that we cannot influence certain things. The future is like an ocean and it’s up to us to build our own ship and head into the unknown.

The company Meta, until recently known as Facebook, is a tech giant that includes some of the strongest and most modern digital platforms – primarily Facebook, Instagram and WhatsApp. Although the the average user of these platforms believes that they are simply social networks, Meta actually brings together numerous initiatives that go beyond the communicative and content aspects of these platforms. Namely, the company thinks and acts in a way that encourages the use of platforms for numerous services and initiatives aimed at changing the way we think about content, advertising, and the way we do business. “The metaverse is a digital space for everything that is already happening in the real world,” said Seidl.

The future is not in the hands of corporations!

“The best way to predict the future is through imagination,” was the statement that dominated the lecture, and with numerous examples from the past and popular culture, Fabio Seidl further confirmed this thesis. Batman used a computer in his cave for 9 years before the invention of the first real functional computer, while the popular animated series the Jetsons already introduced smart watches, microwave ovens and autonomous cars in the 1960s.

In addition to his view of the entire industry in the context of digital platforms, Seidl presented current examples and initiatives that Meta has implemented in recent years with the aim of increasing inclusiveness and encouraging awareness of vulnerable social groups and minorities. One of the initiatives was the concept of Instagram advertising, which gives back to companies, that is, they earn money instead of spending it. The initiative was created to enable vulnerable groups that are breaking into the market to promote their content properly and competitively. In addition, another similar initiative was designed to encourage greater inclusion through the creation of dual campaigns, which in addition to classic motives introduce alternative, socially conscious ones and show that the marketing industry can function in other, more socially sensitive ways.

The initiatives are certainly worthy of attention, and Fabio Seidl concluded this interesting lecture with a quote from Doc Brown from the cult film Back to the Future: “The future is whatever you make it. So make it a good one!”