The IT industry appears to be booming, but is it really? 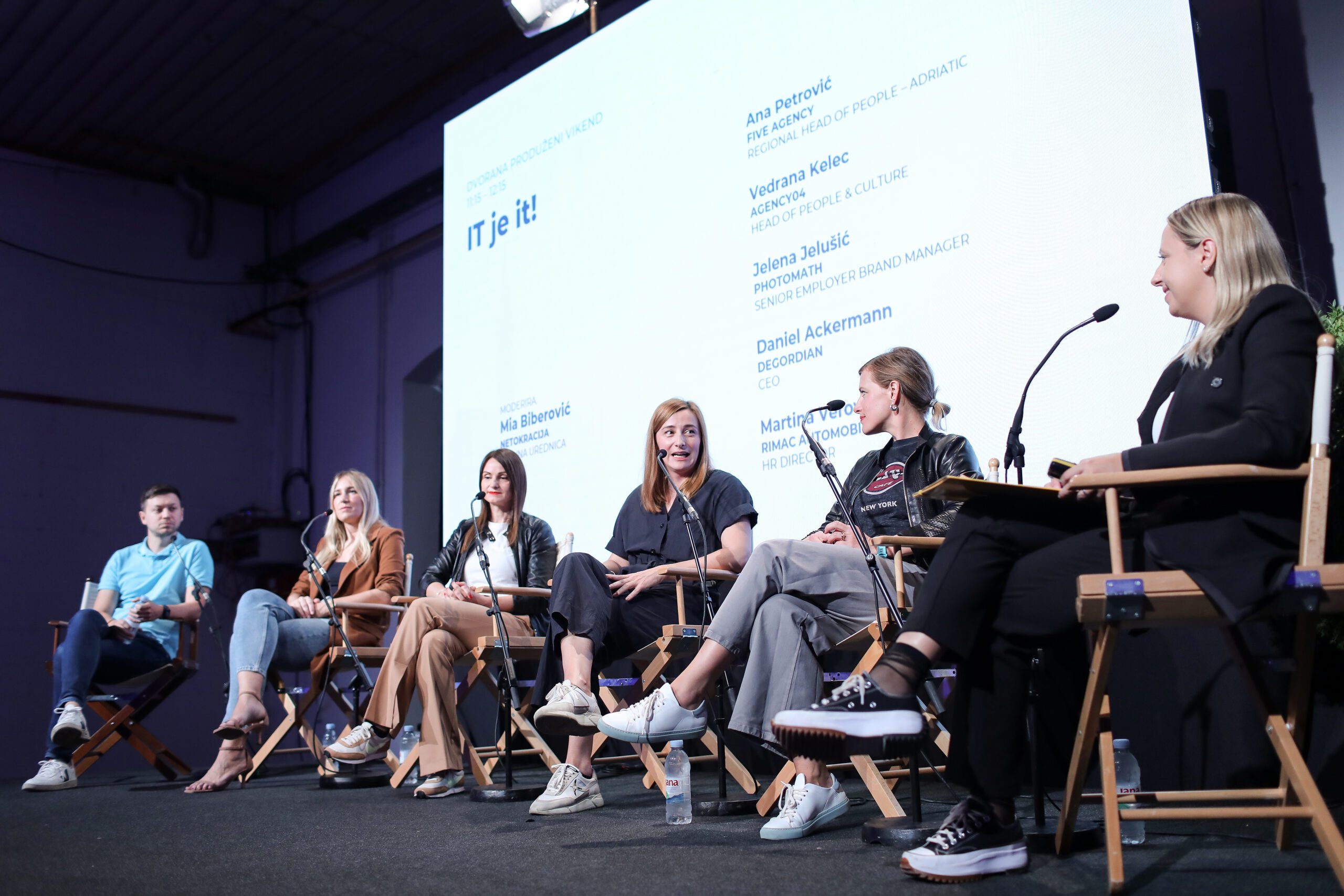 Daniel Ackermann, CEO at Degordian; Martina Verović, Human Resources Director at Rimac Automobili; Vedrana Kelec, Head of People & Culture at Agency04; Ana Petrović, Head of People at Endava; Jelena Jelušić, Senior Employer Brand Manager at Photomath; and moderator Mia Biberović, Editor-in-Chief of Netokracija, pointed out that HR people usually like and want to work in the IT sector, which truly has many specifics – developers are open to learning, so HR people cooperate with them very well.

However, the panelists surprised the crowd by presenting research results which show that even in Croatia, which is known as the promised land for IT people, not everything is milk and honey. Significant differences in wages between men and women not only exist, but also increase in proportion to years of experience. Namely, already at the junior level there are wage differences of five percent, in middle positions the difference is ten percent, and in senior positions it’s as much as 18 percent.

Ackermann, the only man on the panel, frankly admitted that he does not know how to explain such differences in salaries, although he believes that all strong companies really work hard for their employees, regardless of gender. Jelena Jelušić, on the other hand, had several ideas as to why this is so: “Women are less inclined to negotiate, they are less proactive and assertive in coming to their superiors to ask for benefits for themselves, so these missed opportunities accumulate throughout life. Men, on the other hand, actually fight for their rights all the time and they are always looking for opportunities and additional benefits,” she pointed out.

According to Martina Verović, employer branding is the creation of expectations that we must fulfill if we do not want employees to feel cheated. Meanwhile, Jelušić pointed out that the goal of employer branding is to show the company as it is from the inside, without embellishment and fakery. She emphasized that it is therefore important that companies find a way to stand out and differentiate themselves from each other, and not to just copy and paste successful practices from others.

She emphasized that the source of a kind of hatred of the entire HR profession, as well as the part that takes care of employer branding, lies in ignorance, because people think that all they do is provide free fruit in the conference room and a new ping-pong table for the office. Of course, this is not the case, employer branding is based on the experience of employees, so the most important thing is that people are truly satisfied – and if they are not, fruit and ping-pong won’t help one bit.

The participants of this panel unanimously agreed that the IT sector is very inclined to introduce innovations and novelties suggested by HR experts, and this is mainly because it is a fast-growing and dynamic industry that develops faster than others. In such an environment, it is important to set trends in all business segments, and since many employees come from massive companies such as Google, expectations are high for the HR staff on duty as well. Therefore, their efforts and initiatives for optimization usually pass with much more enthusiasm than in traditional companies.